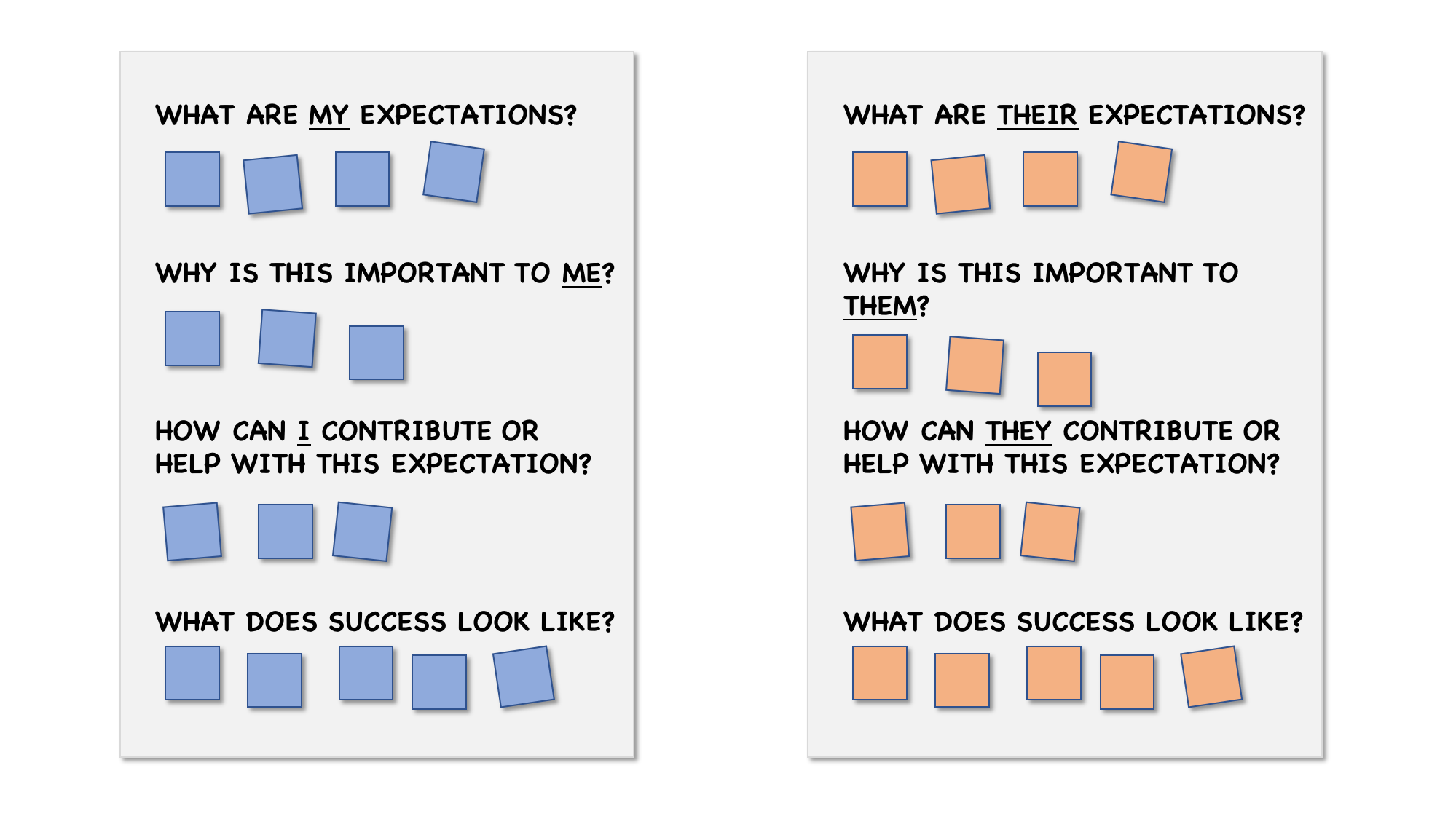 Taking Inspiration From Organizing For Complexity
next story

Truths, Myths and Lies about The Agile Team

Oftentimes when two people start working together, they can go through, what’s commonly referred to as the storming stage. They get to a place where they begin to rely on one another and begin expecting certain things from each other based on the requests they put forth. What they may experience early on is a gap in what they expect and what they actually receive, which can result in tension and frustrating.

Why does this person continuously misunderstand what I’m asking? Are they doing it on purpose? Are they just not good at their job? Am I not being clear?

On the other side, the person may feel attacked, or confused. It’s clear that an environment like this won’t yield any magnificent results. Something needs to change. You can give up on the person, or you can do something about it.

LET’S LOOK AT A REAL EXAMPLE

Here’s an example of a coach working with a senior manager reporting to a director. The coaches initial observations were that there was clear frustration from both sides. The director was expecting specific outcomes and felt they were continuously missed.

The director’s requests were coming off as passive and vague. His reasoning was that he wanted the senior manager to be able to figure it out as was his expectation of them. As a result, the senior manager was feeling confused and didn’t understand why they were constantly delivering incorrect outcomes.

The senior manager seemed constantly stressed and demoralized. Feedback was mostly in the form of constructive criticism, regardless of how much effort she felt she put forth. She is someone who cares very much about the person and their feelings. The director, on the other hand, is business first. It can be seen that these two people have opposite personalities.

Here’s the approach we took, and one you should consider if you ever find yourself in a situation like this.

Before we could go and look at any tactical changes, we needed to level-set on expectations. The coach had separate one-on-one sessions with each of them. They spent an hour going through and answering the following questions:

They went through it, one expectation at a time. They wrote it down on a sticky and continued to answer all the supplementary questions. This seemed to be an eye-opening experience as it gave each of them an opportunity to slow down and think through what it is they value and expect to see from each other. Also, by asking themselves how they can contribute, gave them the power and control to impact the expectation. Once 3 to 4 expectations were articulated, it was time to trade shoes and answer these next set of questions:

This turned out to be an even tougher exercise. It was a humbling experience. It forced them to think about what the other may care about as well and consider what they may need to be doing better.

During the director and senior manager’s next one-on-one session, they both brought in the artifact they had built and walked the other through it. They were both encouraged to listen and ask clarifying questions throughout. The outcome of this meeting was an appreciation of what the other person was thinking and a list of tactical changes that each of them was going to commit to implementing moving forward. We visualized these changes in a backlog and they have committed to meet every 2 weeks for 1 hour to review progress as well as any new changes that have come up since.

At times, we can assume another person ‘just isn’t getting it’ or ‘isn’t smart enough’. Likely, it may be a misalignment in expectations. Take the time to facilitate an activity like this. It shows the other person that you are invested and care about the relationship. It shows you have the humility to look within and challenge yourself on how you need to change. By doing this you will inch closer towards a more harmonious relationship, enhancing everything you two touch and put your hearts into.